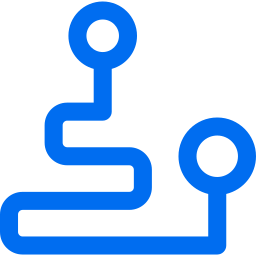 Structural barriers can often completely exclude certain segments of society from Higher Education. Such structural barriers can include admission tests which have an inherent social bias, requirements to attend lectures at times and places the students cannot access due to other commitments, or barriers due to the cost (including ancillary costs such as housing, etc) of Higher Education.

System-level structural barriers can be hard, expensive and time-consuming to dismantle completely, and often require policy change at governmental level. However, from a micro-innovation perspective it is often possible for actors much further down the line to create solutions which bypass the structural barriers, by neutralising their effects or finding ways to avoid them entirely.

Successful implementation of interventions in this area often require:

To successfully design interventions which bypass barriers, an actor needs to specifically establish the causal link between the social factor, the barrier and the consequent educational disadvantage. For example, if an institution determined that students cannot attend certain lectures due to other commitments, they might address this issue in different ways if students:

Designing appropriate interventions for each scenario requires collecting enough information to address it appropriately. Thus, in the first example above the barrier might be the timetable of the university in question, in the second and third it might be the lack of alternative support options for students’ dependents and in the fourth it might be the inability to apply for a sabbatical from studies.

Creating alternate pathways to access and participation in education

In many cases, the best way to dealing with structural barriers is to create additional or alternative options for students who may be affected by them. Some notional examples may include:

More Examples of What Works